Children of Jordan: An Overview

Children of Jordan: An Overview:

The child population in Jordan is about 3.8 million, constituting about 40% of the total population. The youth in Jordan constitute about a third of the population; they are the change-makers and decision-makers of the future, and the group that we should invest in to the best of our ability.

Children in Jordan have specific rights under the UN Convention on the Rights of the Child (UNCRC) to which Jordan is a signatory, in addition to the rights guaranteed by the Jordanian constitution, which include the right to survival, education, development, protection and participation. 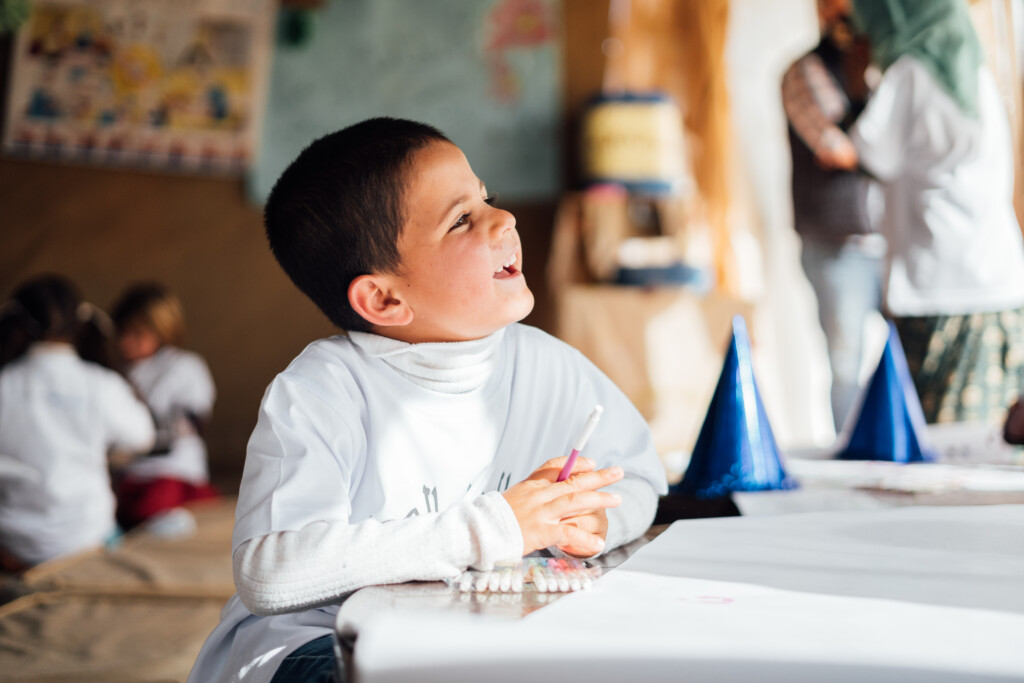 Jordan has taken great strides since signing the Convention on the Rights of the Child. Achievements in this respect include the following:

Under 5 mortality rate has declined by more than a third
97% of children are currently enrolled in schools.
Gender parity in terms of educational opportunities has been achieved since 1979.
Universal access to improved water is at 97%, and sanitation facilities at 99%.

Although the Jordanian constitution provides for the protection of the right to work and education for its citizens under Article 6 of the constitution, which stipulates that “The Government shall ensure work and education within the limits of its possibilities, and it shall ensure a state of tranquillity and equal opportunities to all Jordanians”, it did not ensure the right to health. Meanwhile, the government provides health insurance for children under the age of six.

However, not all children have enjoyed the aforementioned gains. Girls still face concerns with regard to protection, including early marriage, while boys are still more likely to drop out of school due to violence or to earn an income to support their families. Children living in the poorest areas, including refugees and children from the most vulnerable communities, are at risk of increased poverty and negative coping mechanisms. Children with disabilities also face greater challenges in accessing education and other services.

Refugee children also suffer from difficulties in accessing education; about 84,000 out of 233,000 Syrian children of school age are out of school.

One in five children suffers from a multidimensional condition of poverty. Poverty rates vary from one governorate to another, ranging from 11% in Amman to 27% in Ma’an. Poverty incidence and the poverty gap tend to be higher in rural areas; while in absolute terms, most poor Jordanians live in the densely populated governorates of Amman, Irbid, and Zarqa in the centre and north of the country.

86% of registered Syrian refugees in Jordan live below the poverty line. The situation for refugee children in Jordan remains precarious due to the depletion of family savings and unemployment. Many refugee families depend on international aid to meet their needs.

Almost a third of Jordan’s population is young – a number that is expected to continue to rise. When children enter their second decade of life, they become change-makers and decision-makers, and they need investments to make sure that they are equipped with the skills and ideas that enable them to make a positive contribution to their society. 33% of the youth in Jordan are currently unemployed.

Jordan remains in an unstable environmental situation. It is one of the most water scarce countries in the world, and with its growing population and rapid urbanization, water resources and infrastructure became under great pressure and stress

The COVID-19 pandemic also had its negative impact on children in Jordan, as is the case in most countries of the world. The most vulnerable children were the most affected by the pandemic, as it caused a larger percentage of children to drop out because of their inability to access learning resources due to the lack of internet packages or electronic devices.  Moreover, surveys carried out by institutions concerned with childhood issues indicated an increase in violence against children during the pandemic as well as an increase in poverty rates among vulnerable families prompting them to adopt negative coping methods such as pushing their children into the labour market, begging and child marriage.

Why do we need a child rights law in Jordan?